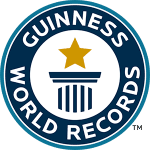 Microsoft is known as a leader in computer and electronics R&D, and continually invests in upholding that reputation. So, when the company needed a new anechoic chamber for audio and device testing at its Redmond, Washington Audio Lab, the engineers aimed to create a truly state-of-the art acoustic environment. What they didn’t realize was this: they were designing something truly unique—the absolute quietest room on the planet.

In March 2014, Microsoft contracted with Eckel to design and build the chamber. Installation began at Building 87 in May 2014, under the direction of Eckel’s installer, Viking Enterprises (Waterford, CT). Eckel completed the entire project in July 2014 (which also included constructing two smaller anechoic chambers).

“We designed this and other super-quiet acoustically-controlled chambers to engineer and build best-in-class audio products at Microsoft. We use these facilities for designing products like the Surface, HoloLens and Cortana, that we take great pride in,” said Hundraj Gopal, Ph.D., Microsoft Principal Human Factors Engineer.

Independent tests of the main chamber by professional sound specialists from Brüel & Kjær confirmed that—at -20.6 dB—Microsoft and Eckel had shattered the previous world record for Quietest Place on Earth and far surpassed engineers’ prediction of -16 dB. The previous record was -13 dB (held by an Eckel anechoic chamber at Orfield Laboratories in Minneapolis).

To provide some sound context … the theoretical noise produced by Brownian motion—the random movement of particles in air—is the quietest known sound outside the vacuum of space, and is measured at -23 dB. Calm breathing comes in at +10 dB; rustling leaves at +20; normal conversation at +60 and a jet plane takeoff at +150 (at 25 meters).

“This chamber gives us the opportunity to look for those really small signals that can have an impact to the end user,” said LeSalle Munroe, Microsoft Senior Engineer, Surface Devices. “We always want to have the best tools available for the job. And that’s what this is. It’s a great accomplishment.”

Anechoic Chambers are echo-free environments with a sound absorption level of 99% to 100%. They are used for acoustic measurements in a wide variety of R&D applications. The record-setting chamber’s walls, ceilings and door are fitted with Eckel’s sound-absorbing anechoic wedges. Anti-vibration mounts isolate the chamber from the rest of the building’s foundation.

“We are absolutely thrilled with the results of our chamber for Microsoft,” said Eckel Vice President Jeff Morse. “Not only did we fulfill the requirements they needed for their testing, but we were able to deliver a facility that set a new world record. We couldn’t be more honored to have been part of this exciting project.”